Showing posts from October, 2013
Show All

Remote and Permanent Monitoring of PROFIBUS in Botswana 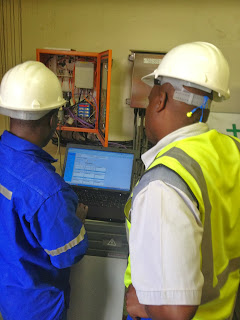 IDX has just returned from Botswana having done an installation of three shiny new COMbricks to monitor PROFIBUS network health remotely and permanently. This will be a pilot for the customer and makes it the second installation in Botswana. The major mining companies seem to be catching wind that COMbricks is an essential tool for pre-emptive maintenance of their PROFIBUS networks. So why is COMbricks so important in places like Botswana? Below is a picture a dust storm one of our engineers was caught in while travelling back from the mine. The huge distances one has to travel and the dangers involved to get to these remote locations is a motivation on its own. Skills can be shared across borders, without the costs of travel time and transport. COMbricks can be a real money-saver, but more than that, a real life-saver. www.combricks.co.za
Read more

Two years ago we told you about an HDLC gateway we were in the process of developing to address the need to integrate legacy devices, based on the GEM80 StarNet HDLC protocol, into modern automation systems.  After successful commissioning on the AP2 line at Columbus Stainless in South Africa, the opportunity to address a similar requirement at BlueScope Steel - Port Kembla in Wollongong (Australia) resulted in a purchase order to do site tests being raised. IDX HDLC Gateway Last week, the Gateway was successfully installed for extensive testing by the plant as a critical component of a project to upgrade the drives on their Hot Skinpass Mill. The project commissioning is scheduled for December 2013 and is being handled by TMEIC.   IDX HDLC Gateway (bottom) connected to GEM80 PLC and Toshiba PLC via PROFIBUS Slave interface. Some notable product facts include: The Gateway is a rugged, embedded device with no moving mechanical components. Flexible interface optio
Read more 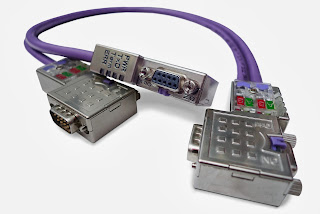 EasyConn PROFIBUS Connectors from Profichip The high-end PROFIBUS Connector EasyConn PB from Yaskawa (Profichip) has various features that speed up installation and troubleshooting: Status LEDs which are visible from both sides indicate bus and device status Piggy-back connector with 90-degree cable outlet provides easy access to the integrated PU/diagnosis socket so that no additional hub is required. The full metal case ensures high noise immunity.   The switchable termination resistances which are accessible from both sides are activated by the plug with slide switches. In this way, testing of the Profibus communication can be executed without removing plugs or cable, the cable ducts are equipped with a transparent cover so the correct correlation of the coloured cable cores is visible. What do the Status LEDs mean? PWR (Yellow LED) - Shows the voltage supply of the device. TxD (Green LED) - Shows bus activity (TxD). It sees if communications is active. TERM
Read more
More posts