What is serial communication?

Serial communication is a widely used medium to transfer information between various different equipment and peripherals. Data is in the form of sequential binary pulses. Binary can be represented in two states i.e: a one (1) represents a logic high or "on" status and a zero (0) represents a logic low or "off" status.

The different modes of transmitting data over serial communication 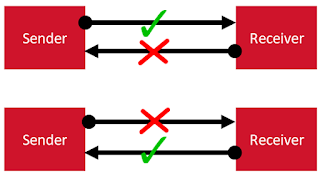 How the serial communication gets created and generated

The data sent out from the UART is classified as a serial frame and is arranged in a specific sequence. It comprises of a start bit, some data bits and a stop bit.

Some important factors for successful serial transmission of data

Have a serial / Ethernet network related query, require assistance with or training on your communications systems? Chat to one of our Engineers at IDX technical solutions: