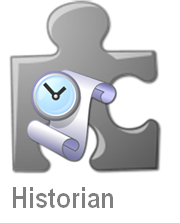 
We will refer to the 2 InSQL Historians as ‘InSQL 1’ and ‘InSQL 2’. These two historians had the following properties:

The InSQL Historians not only overlapped in time, but also had common tags which extracted their data from the same source. The tags in the PI Historian are a superset of the union of the tags in the two InSQL Historians. However, for many tags, the name in PI was different from the corresponding tags in InSQL 1 and/or InSQL 2.


The results of the migration are summarised in the figure below. The two plots show historical data from InSQL 1 and the migrated data in PI for a single tag covering a time period of one day. These plots are derived from the migration analysis results (more on which see below).


﻿The migration process consisted of the following steps:
﻿﻿﻿﻿﻿

The time it took to complete the entire migration process is summarised as follows:
One of the challenges encountered was that certain tags had an incorrect data type in the InSQL Historian. This meant that the data types did not match in InSQL and PI. This required that the data for these tags not be migrated as is, but that a ‘processing’ step be included during the migration that transformed the source data into an appropriate version that was written into the target. This process was facilitated by Tag Manager, which held the source and target tag configurations, allowing these special cases to be easily identified during the migration.
Case Study Data Migration Tool Historian Migration InSQL PI