- October 14, 2013
Two years ago we told you about an HDLC gateway we were in the process of developing to address the need to integrate legacy devices, based on the GEM80 StarNet HDLC protocol, into modern automation systems.

After successful commissioning on the AP2 line at Columbus Stainless in South Africa, the opportunity to address a similar requirement at BlueScope Steel - Port Kembla in Wollongong (Australia) resulted in a purchase order to do site tests being raised.

Last week, the Gateway was successfully installed for extensive testing by the plant as a critical component of a project to upgrade the drives on their Hot Skinpass Mill.
The project commissioning is scheduled for December 2013 and is being handled by TMEIC. 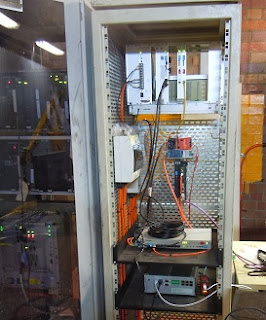 Some notable product facts include: